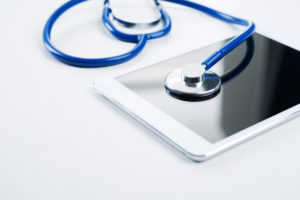 The BBC recently reported how data from health apps could be fed directly into patients records. A report from PwC has suggested £4.4bn could be saved by the NHS going “paperless” and the government has already said it will put aside £4bn for the NHS.uk website IT project which will allow patients to book appointments, access medical records and potentially compare services in a number of clinical areas such as dementia, maternity, cancer treatment and others. Although this seems a win-win all round as a “cost neutral” initiative with improvements in patient experience as an output, there could be problems ahead with a key group: the frail elderly.

The Office for National Statistics (ONS) reported in 2015 the number of people in England 100 years old or more has increased by 72% in the last decade. This indicates a fast growing group which does not typically have access to technology or finds it difficult to use. The ORCHA health apps review platform is interesting to take as example of the issue with access to a changing NHS-led digital health landscape. ORCHA is attempting to offer a clinically sound review process for all published apps, but only on Google Play and iOS. This makes sense; these are the two only valid options for users of smartphones and tablets, but it highlights the fact that without a device able to access one of these app stores, patients are unable to be part of this revolution in health care.

New devices, aimed directly at frail elderly groups who have limited capability for using the current generation of smart devices because the are too complicated or difficult to read, would open up the digital health revolution to patients in this group.

The other important factor is that app developers focus on this growing population group when building new apps.